Gwandong Pungryu Era Route is one of 10 Korean Heritage Routes 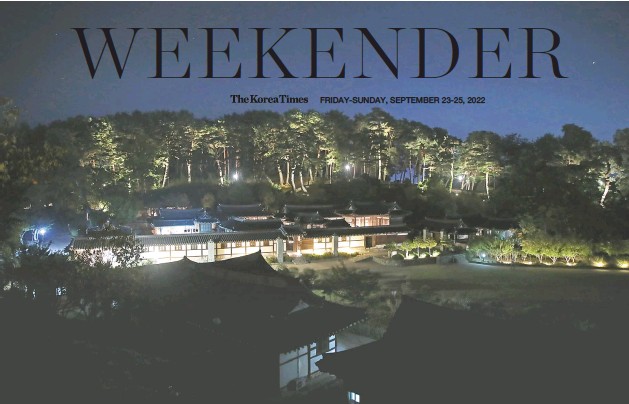 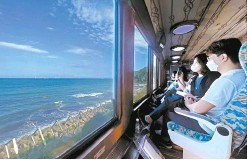 GANGNEUNG — Gangneung is a city with rich cultural heritage and incredible ocean views. The eastern coastal area stretching from Gangneung to PyeongChang, Sokcho and Yangyang is nicknamed “the jewel of Korea’s real landscape painting” for its stunning scenery and coastal views. Since ancient times, scholars and travelers headed east to Gangwon Province to enjoy the beauty of the Baekdudaegan Mountain Range stretching across the Korean Peninsula and visit the East Sea. Many of them composed poems and wrote travelogues, praising the natural landscape, history and culture of the Gwandong region (now eastern Gangwon Province). The region was described in the Gwandongbyeolgok, a travel journal written by Jeong Cheol during the Joseon Kingdom period (1392-1910). Among the explorers was a 14-yearold girl named Kim Keum-won (1817?), who disguised herself as a man and traveled the eight scenic spots of the Gwandong region on her way to Mount Geumgang (now located in North Korea). “According to Gyeonggukdaejeon (a book containing the fundamental laws of the Joseon Kingdom), women were prohibited from traveling or visiting the temple monastery. However, Kim persuaded her parents to embark on her solo adventure,” cultural commentator Eom Mi-jeong, who dressed up as Kim, said during a press trip to the region last week. The Korea Cultural Heritage Foundation introduced the Gwandong Pungryu Era Route as part of its Visit Korean Heritage campaign. Pungryu means appreciation for the arts or nature, as enjoyed by scholars, poets and travelers in the Joseon era. The route includes a seaside train ride from Gangneung to Samcheok and a moonlight tour around Seongyojang, a 300-year-old residence that used to belong to an aristocratic family during the Joseon Kingdom. “We rolled out the tour package in 2020 in the hopes of attracting foreign visitors. However, the COVID-19 pandemic disrupted our initial plans, and so we turned our eyes toward targeting domestic tourists instead,” an official from the foundation said. Passengers ride along the ocean, which runs between Gangneung Station and Samcheok Beach Station, on a special train in which seats are facing toward the windows to give a good view of the ocean scenery outside. The stops along the one-hour ride are Jeongdongjin, Mukho, Donghae and Chuam stations. At Jeongdongjin Station, a flutist plays “La Mar,” and at Samcheok Beach Station, gayageum (12-stringed Korean zither) and haegeum (twostringed violin-like instrument) players greet passengers with traditional Korean music. After arriving at Samcheok Beach Station, passengers can enjoy about two hours of free time when they can visit Jukseoru Pavilion, which is estimated to have been built in 1275 by Yi Seunghyu (1224-1300), a scholar who retired to Mount Duta, or enjoy a cup of coffee or soft tofu gelato near the beach. “The tickets for the Gwandong Pungryu Era Route tour were sold out in two minutes after the booking started. This year, we held the tour only once in September, but we plan to hold it twice in May and next September. We are in talks with Korea Railroad Corp. to replace the outdated train,” the foundation official said. After the sunset awaits the moonlight tour around Seongyojang, a traditional estate that has been preserved in its original form for over 300 years. “Seongyojang was built by Lee Naebeon (1703-81), the 11th descendant of Prince Hyoryeong (a brother of King Sejong). Since then, the residence has been inherited and well-preserved through 10 generations for more than 300 years. It provided temporary accommodation to scholars and travelers, and Kim also stayed in this place while traveling,” cultural heritage commentator Park Kwang-ill explained. The privately owned, 99-section home was designated a national folklore cultural heritage asset in 1967. It is comprised of the matriarch’s room as well as other rooms such as the “sarangchae” (the men’s part of a house), “dongbyeoldang” (a detached hall in the east) and “seobyeoldang” (a detached hall in the west). Near the front gate is a manmade pond and a pavilion called Hwallaejeong. “Seongyojang was built in traditional Korean style, but some buildings have modern looks. For instance, the terrace of Yeolhwadang (place of the male master of Seongyojang) was built by the Russian consul at the end of Joseon Kingdom,” Park explained. The 300-year-old traditional house offers cultural programs, including guided tours, a hanok stay program providing overnight accommodations and programs for making dasik (a type of pressed tea cookie). Other tourist attractions in Gangneung include Gyeongpodae Pavilion, a great example of Late Joseon architecture, and Ojukheon House, the birthplace of historical figures Shin Saimdang and Yi I, whose penname is Yulgok. Gyeongpodae Pavilion, located on a small hill north of Gyeongpo Lake, is one of the eight scenic spots of the Gwandong region. According to “A Record on the New Pavilion of Gyeongpodae” written by An Chuk (1287-1348), a renowned Confucian scholar-statesman of the Late Goryeo period: “A little pavilion was built on a site which used to be frequented by a Daoist sage of Silla named Yeongnang to help visitors to the site avoid rain and wind.” Ojukheon was built during the 150628 reign of King Jungjong of Joseon. It was named Ojukheon after black bamboo trees growing in the backyard. Ojukheon is the oldest residential structure in Korea and boasts distinctive architectural details.